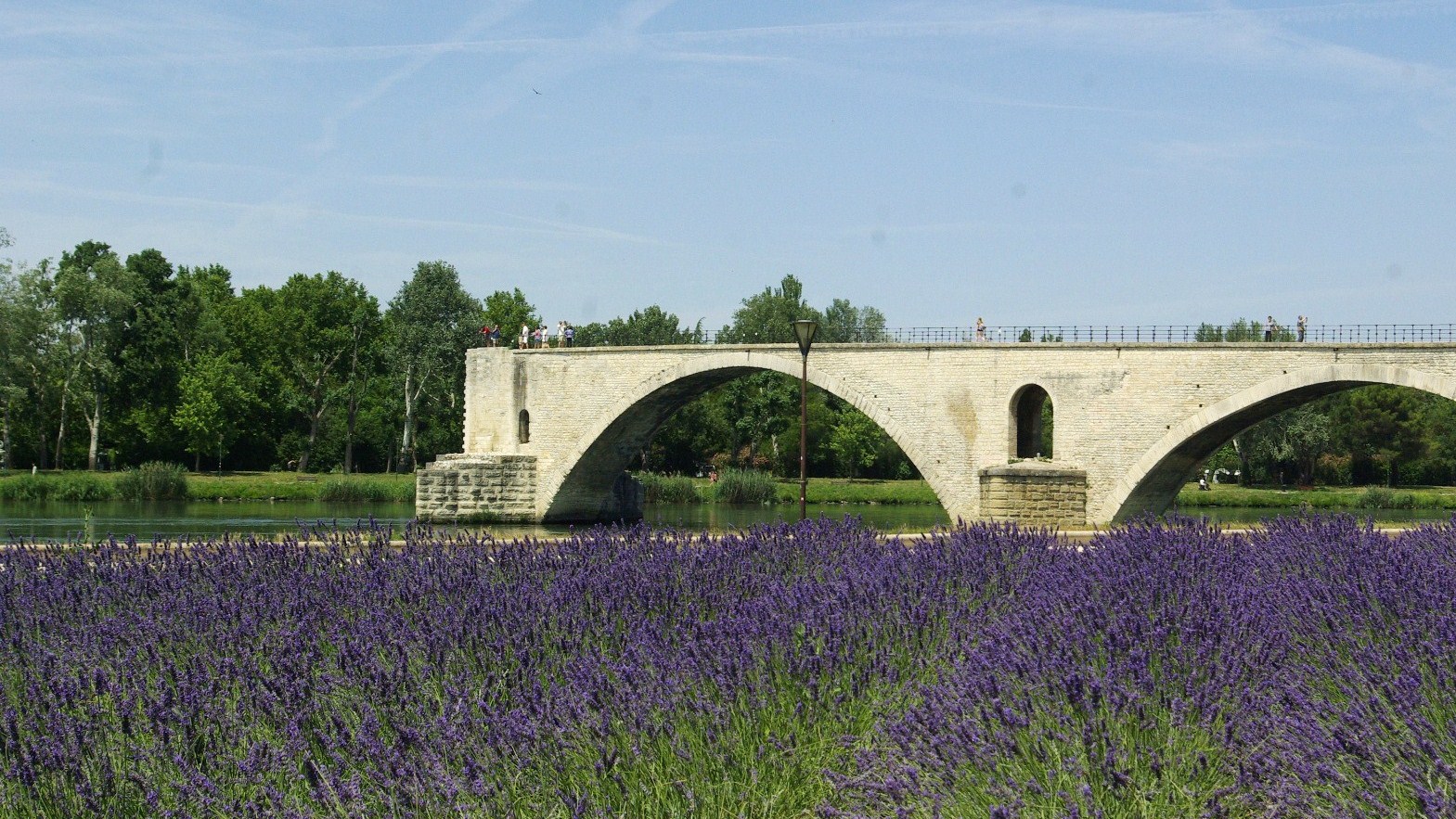 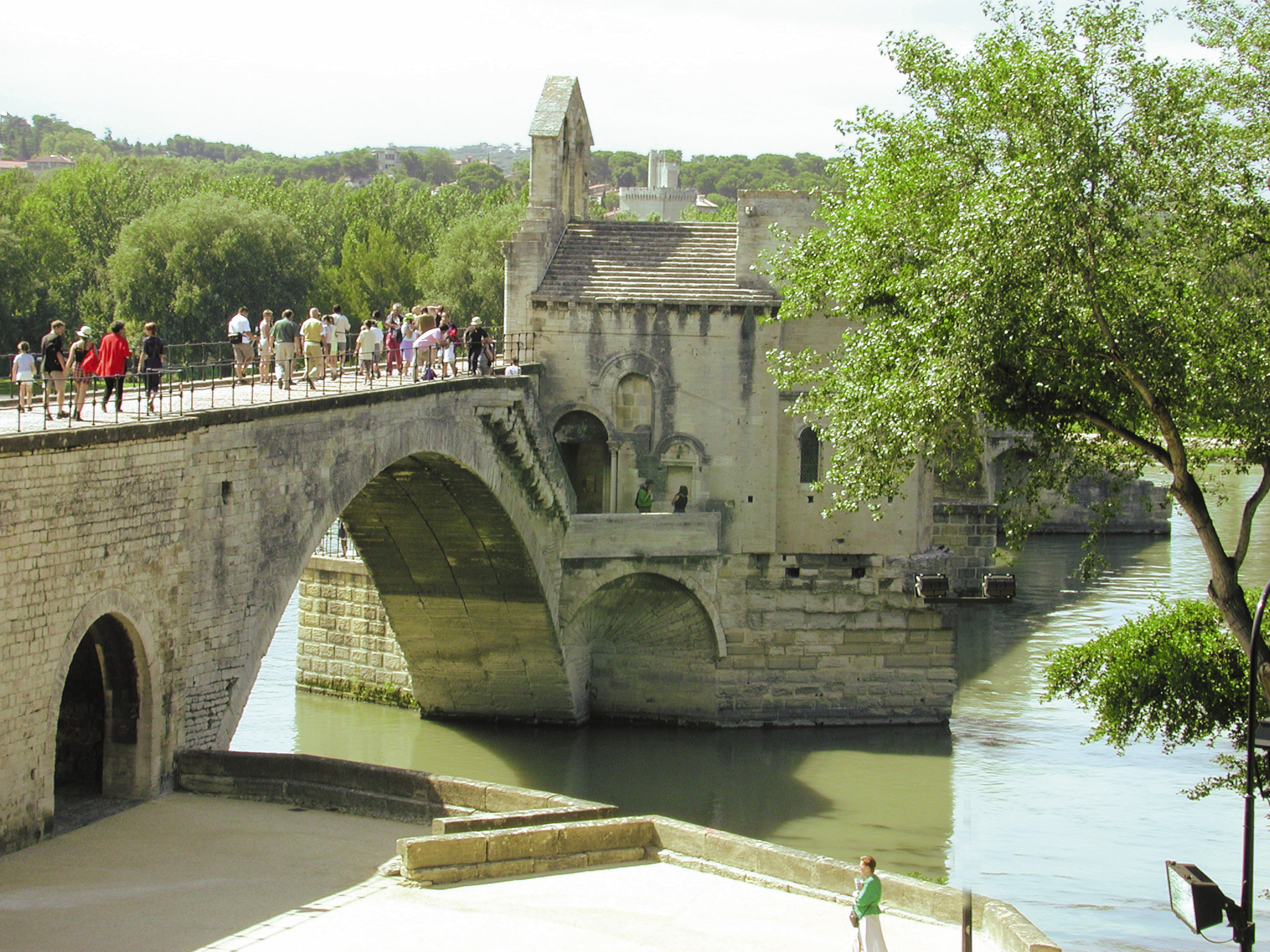 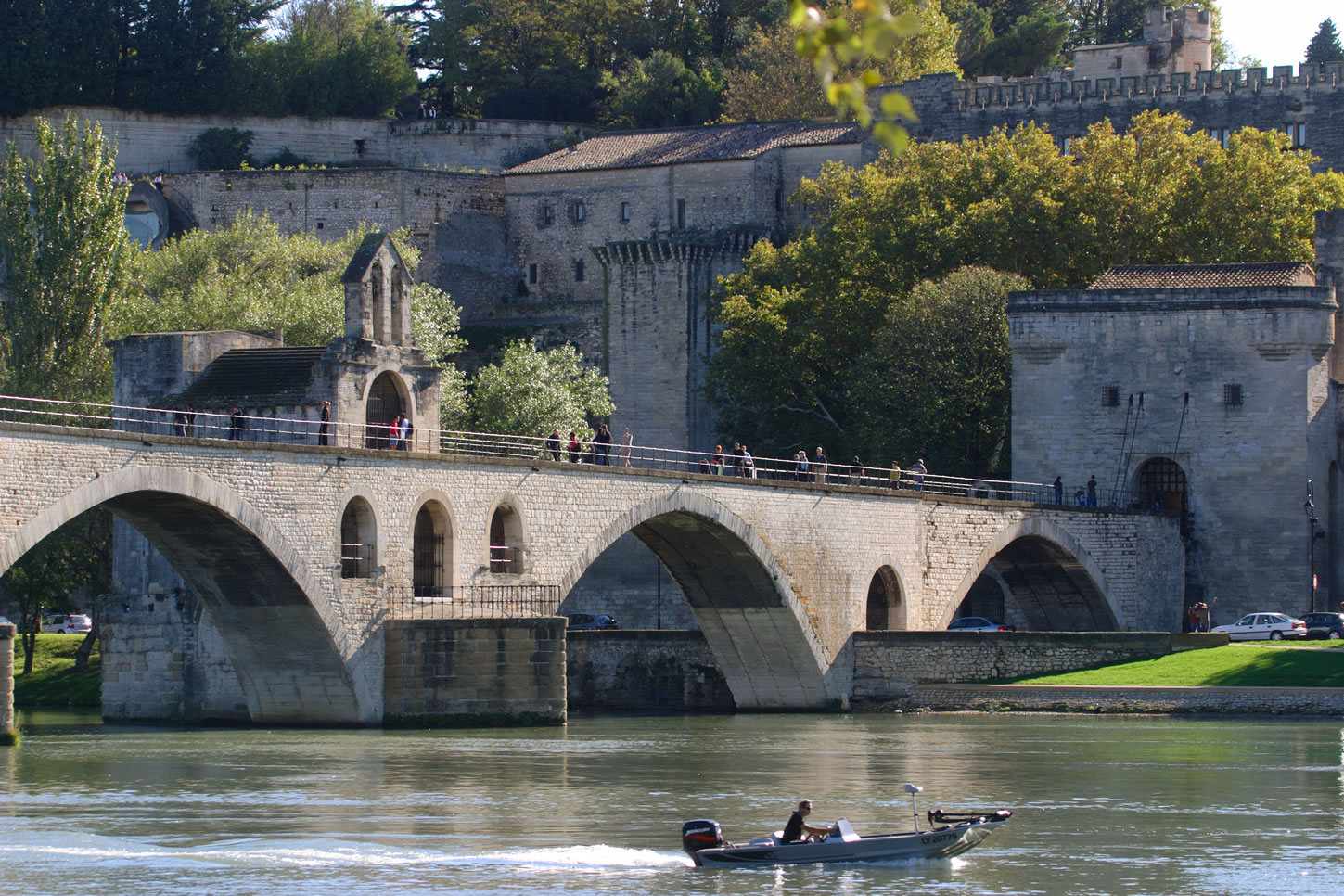 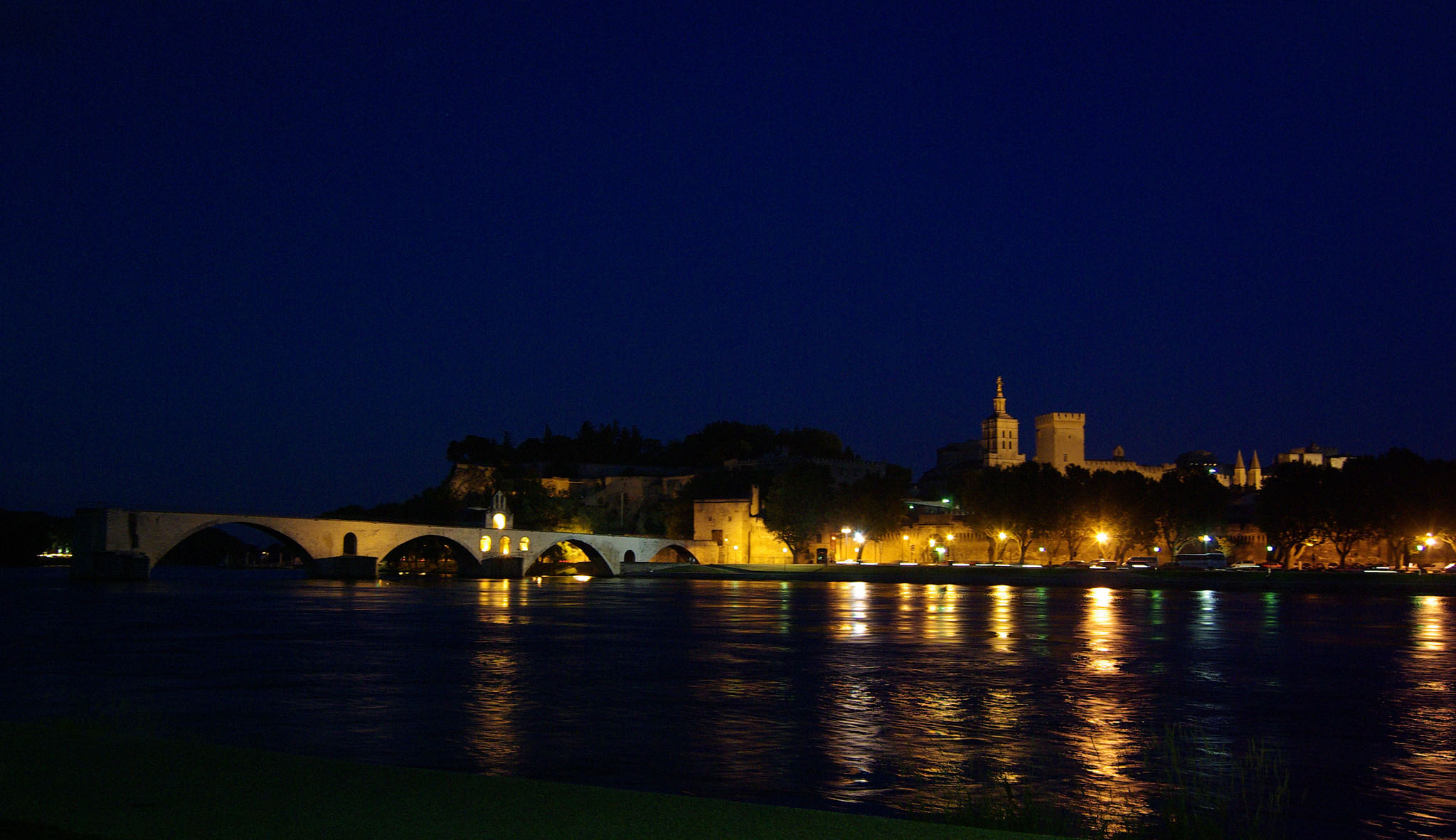 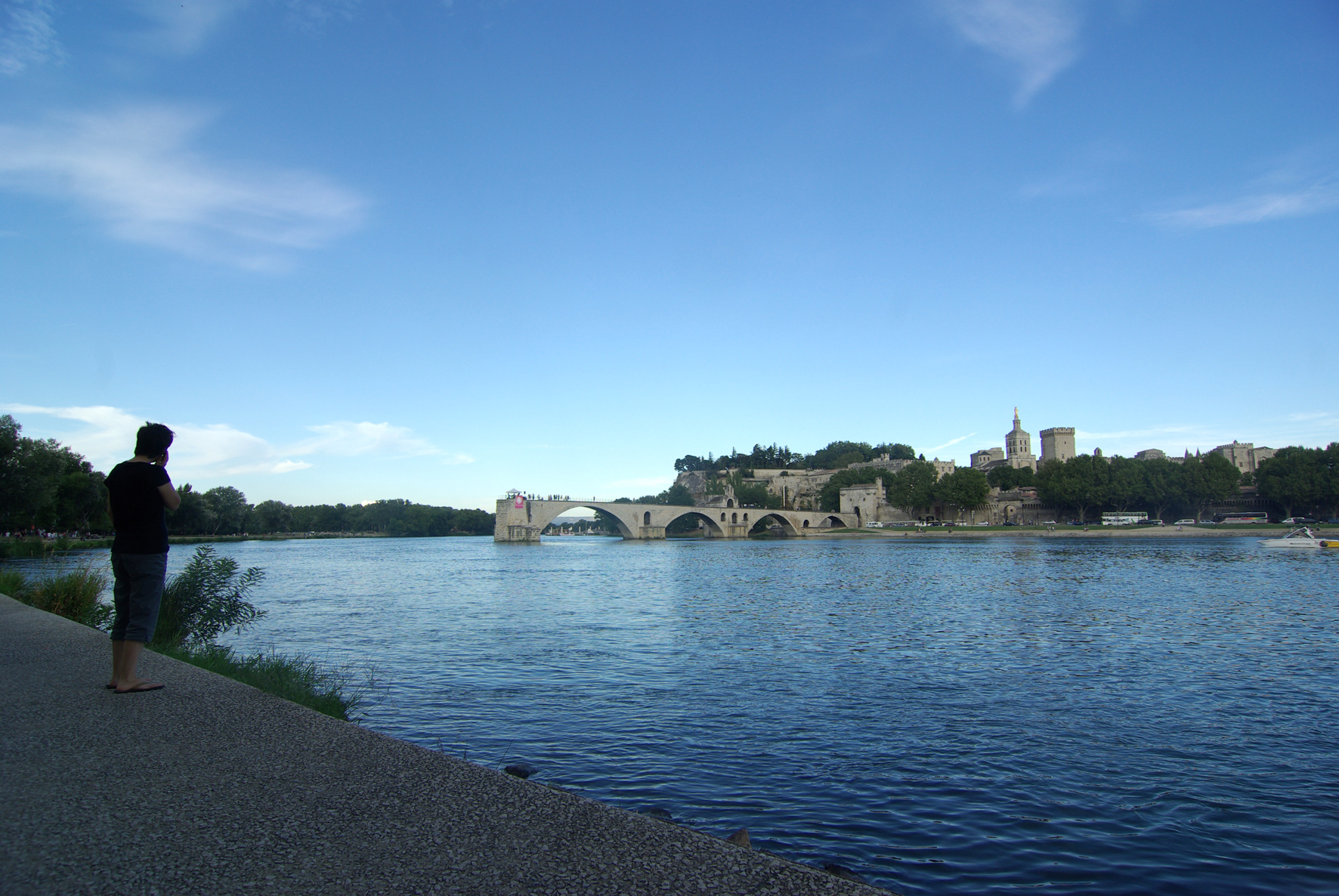 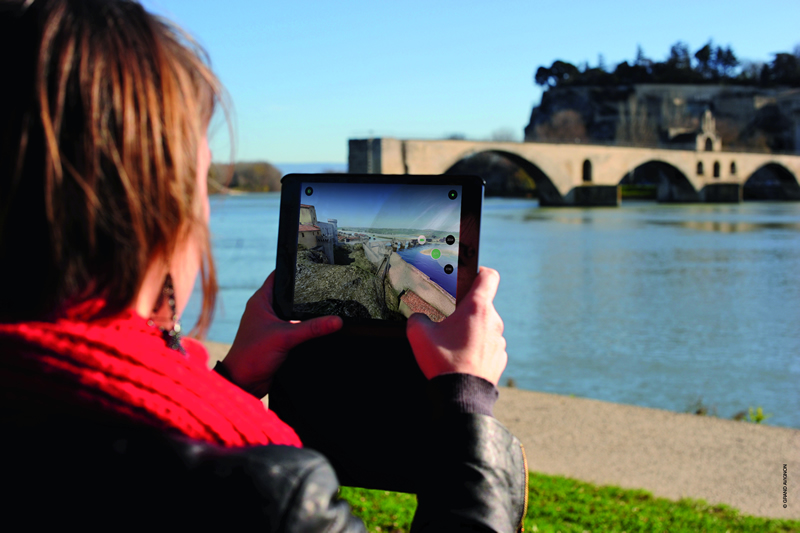 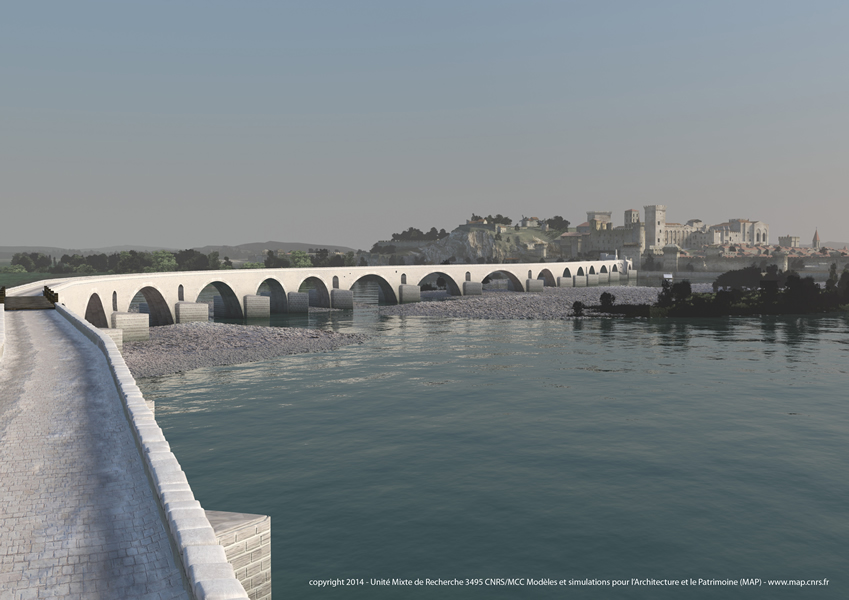 The Saint Bénezet bridge, a major witness of the history of Avignon, is known throughout the world thanks to the famous song. Built from the 12th century, it was washed away several times by the floods of the Rhone, and finally abandoned in the seventeenth century. Classified World Heritage by UNESCO.
According to the legend, the bridge was built in the 12th century by a young shepherd from Ardèche - Bénezet - who heard voices telling him to build a bridge in Avignon. The bridge was completed in 1185, creating the only place to cross the Rhône between Lyon and the Mediterranean sea. The bridge originally spanned approximately 900 meters and had 22 arches. It was dismantled in 1226, then rebuilt. It was later washed away several times by flood waters and rebuilt until it was abandoned in the 17th century. Today, all that remains are four arches and a chapel dedicated to Saint Nicolas. The bridge is famous the world over due to the lovely children's song "Sur le pont d’Avignon".
The Pont d’Avignon was a true feat of engineering, and was continually being worked on and repaired. A source of legends, an emblematic monument of the area, the bridge has been the subject of unprecedented interdisciplinary research since 2010. Under the aegis of the greater Avignon area and the CNRS, a wide community of researchers has been conducting work. Their results have led to new museum areas and displays, and a multimedia approach which re-creates the bridge in 3D in the many settings that changed over the centuries.


- Multi-media display and audioguide with new descriptions resulting from the scientific research on the legends and history of the bridge.