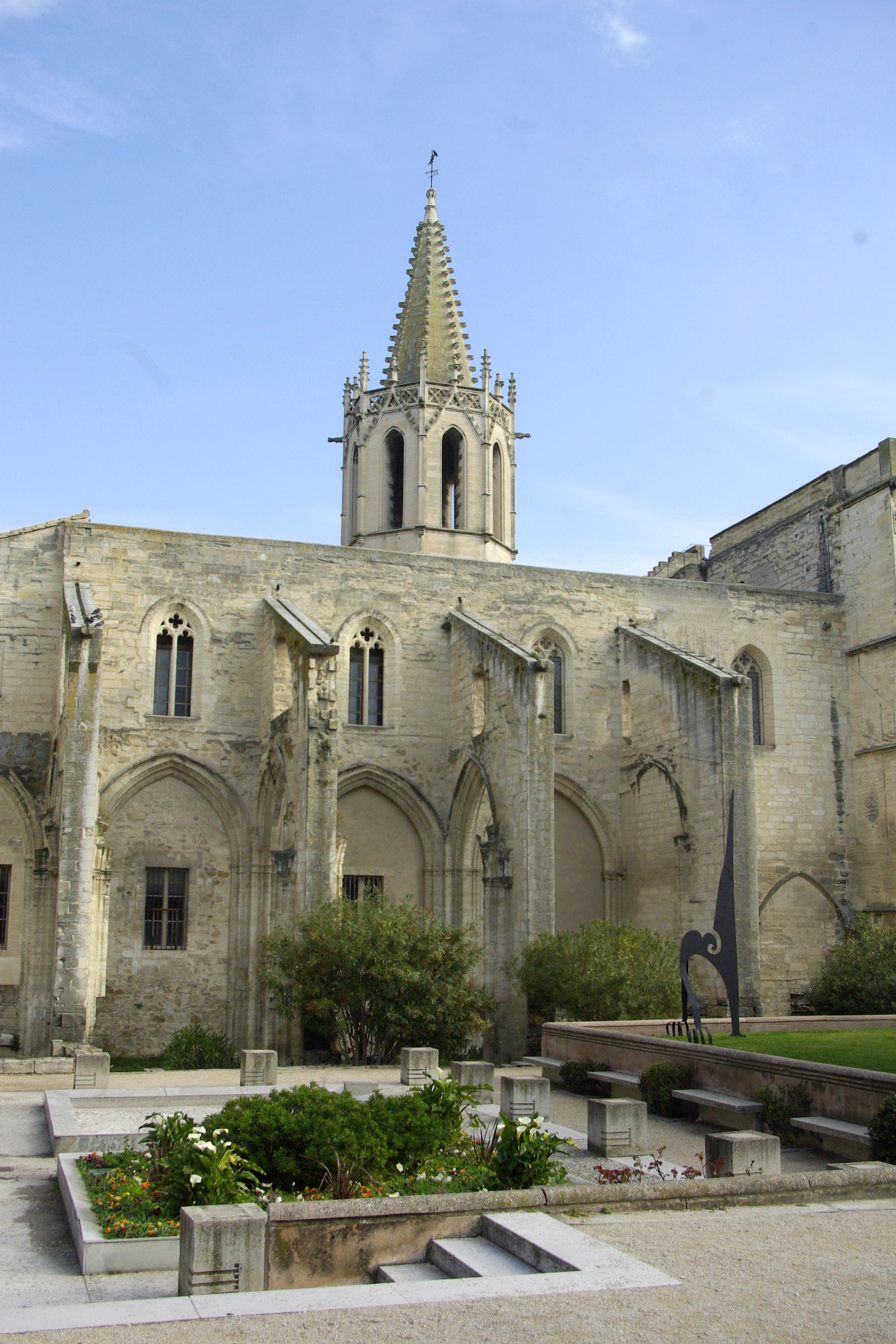 This square was once the garden and cloister of a Benedictine Abbey during the Middle Ages. The Church of Saint Martial was then built here, and abandoned after the French Revolution. In the early 19th century, this space became a botanical garden under the leadership of Esprit Requien, a botanist, bibliophile and town Councillor.
After the death of Requien, the botanical garden lost half its surface area due to the creation of the main street Cours Jean Jaurès in the mid-1800's. After that, it became a simple public square.
It was redesigned in 1990 - 91 by three landscape architects: Sébastien Giorgis, Patrice Pierron and Jean -Louis Knidel. Today it holds a lovely collection of Mediterranean plants. The vestiges of the Gothic cloister are enhanced by the water and the flowerbeds while the large trees cast welcome shade to visitors resting on the park benches. Also known as "Le Petit Jardin", the Agricol Perdiguier square is named after the former carpenter and politician whose statue stands in the garden. There is also a playground for very young children. There is a nice outdoor restaurant for sitting back and enjoying an outdoor meal, tea or anything you like. Play space for toddlers.
Square Agricol Perdiguier
Cours Jean Jaurès
84000 Avignon
Opening : All year round, daily at 7.30 am.
Spoken languages : French
Prices