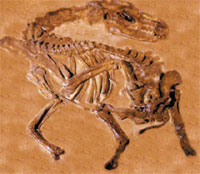 Natural History Museum of geology and fauna in Vaucluse founded in the XVIIth century by Esprit Requien.
The Museum was named after his creator, Esprit Requien (1788-1851), who in 1840 left to the Calvet Museum his collections and his library. Since Esprit Requien was young, he dedicated his life to the botany and later on to the malacology and paleontology.
Since 1943, the Museum was settled down in the Raphaelis de Soissans Hotel (XVIIth century) which is close to the Calvet Museum. With more than 900.000 specimens, it is one of the most important museums in Provence. Exhibitions are regularly held. The Museum houses an important library only accessible for research scientists.

itinerary
We use cookies to ensure that we give you the best experience on our website. If you continue to use this site we will assume that you are happy with it.Ok