Palace of the Popes 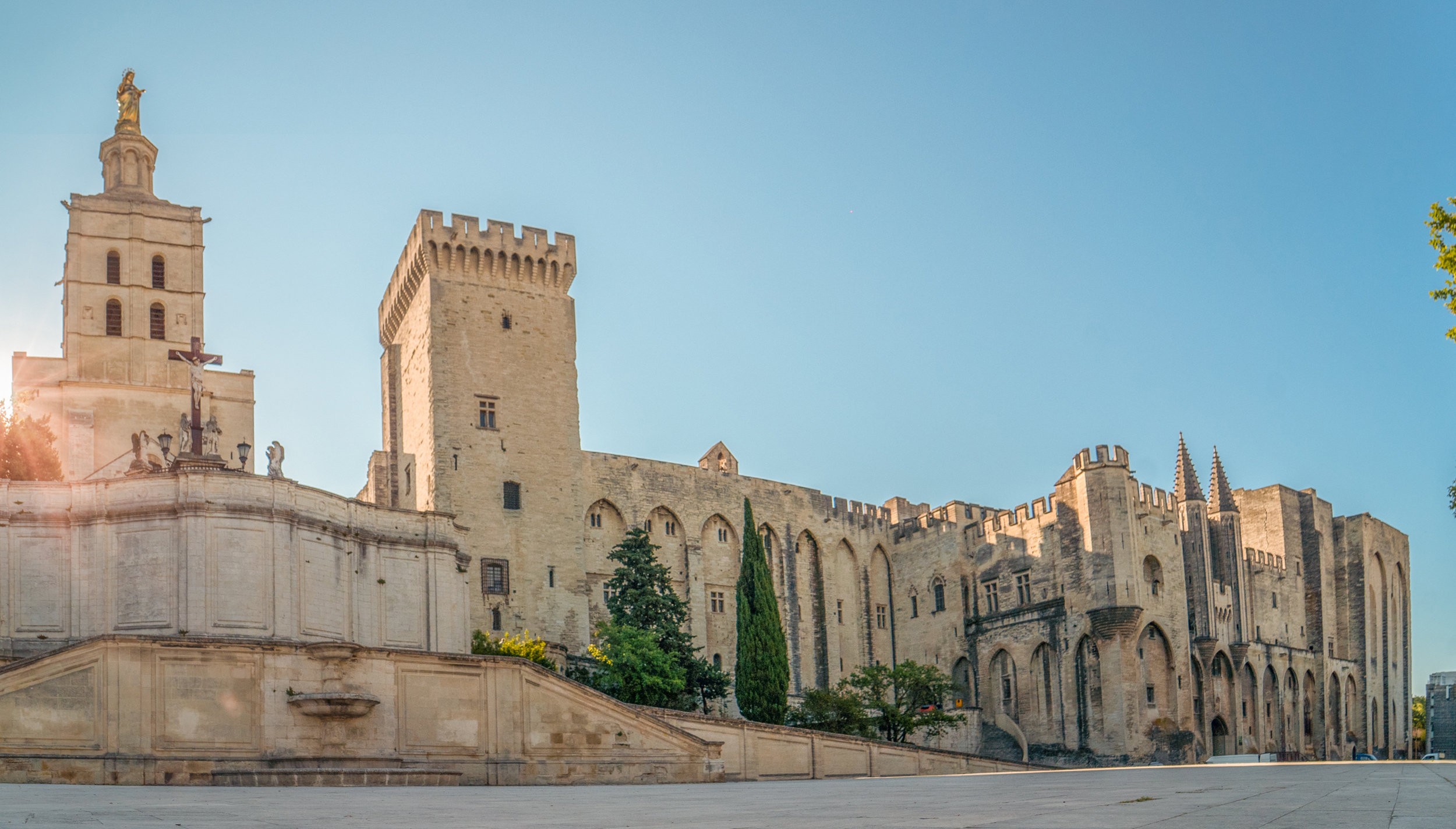 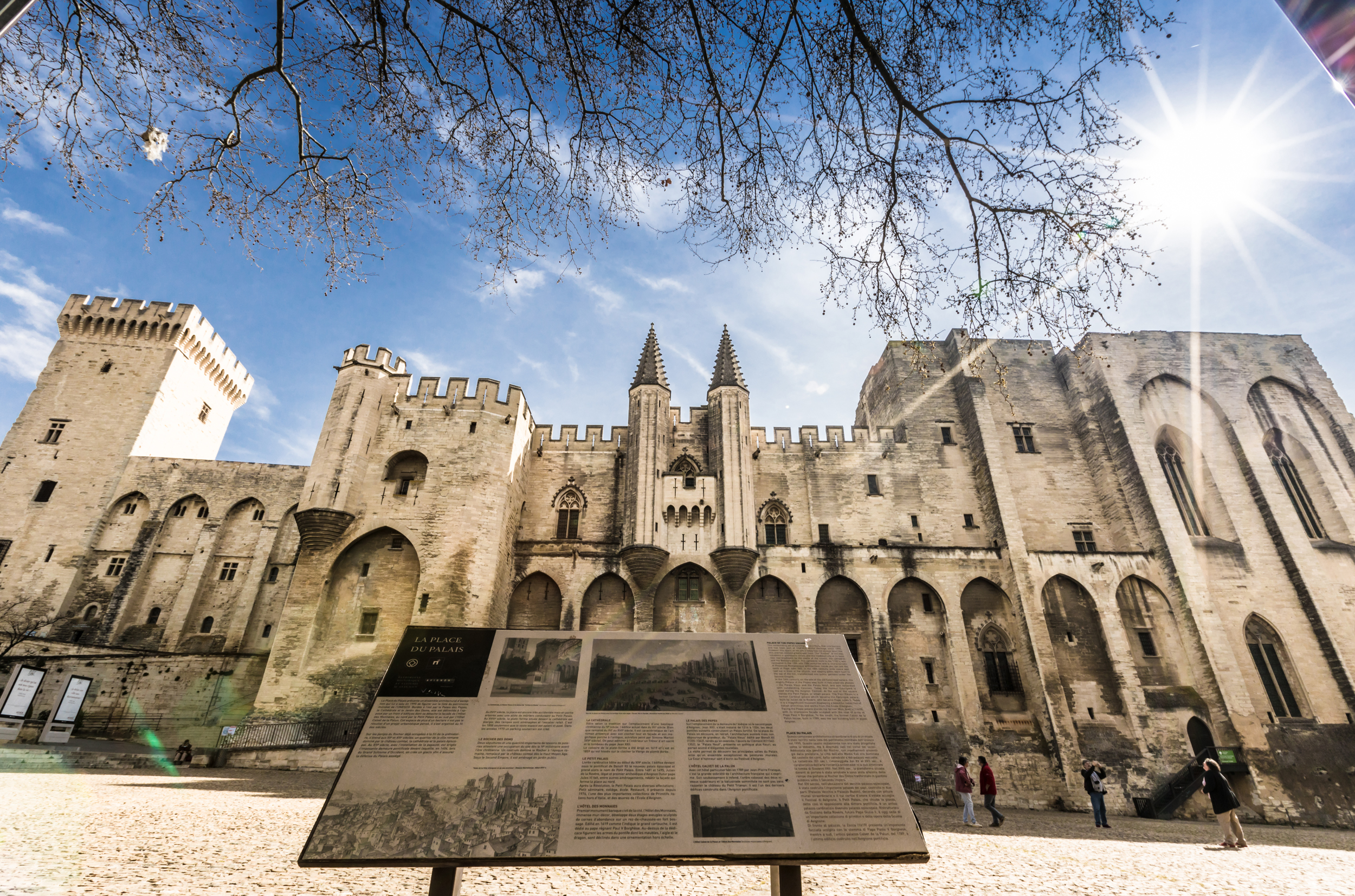 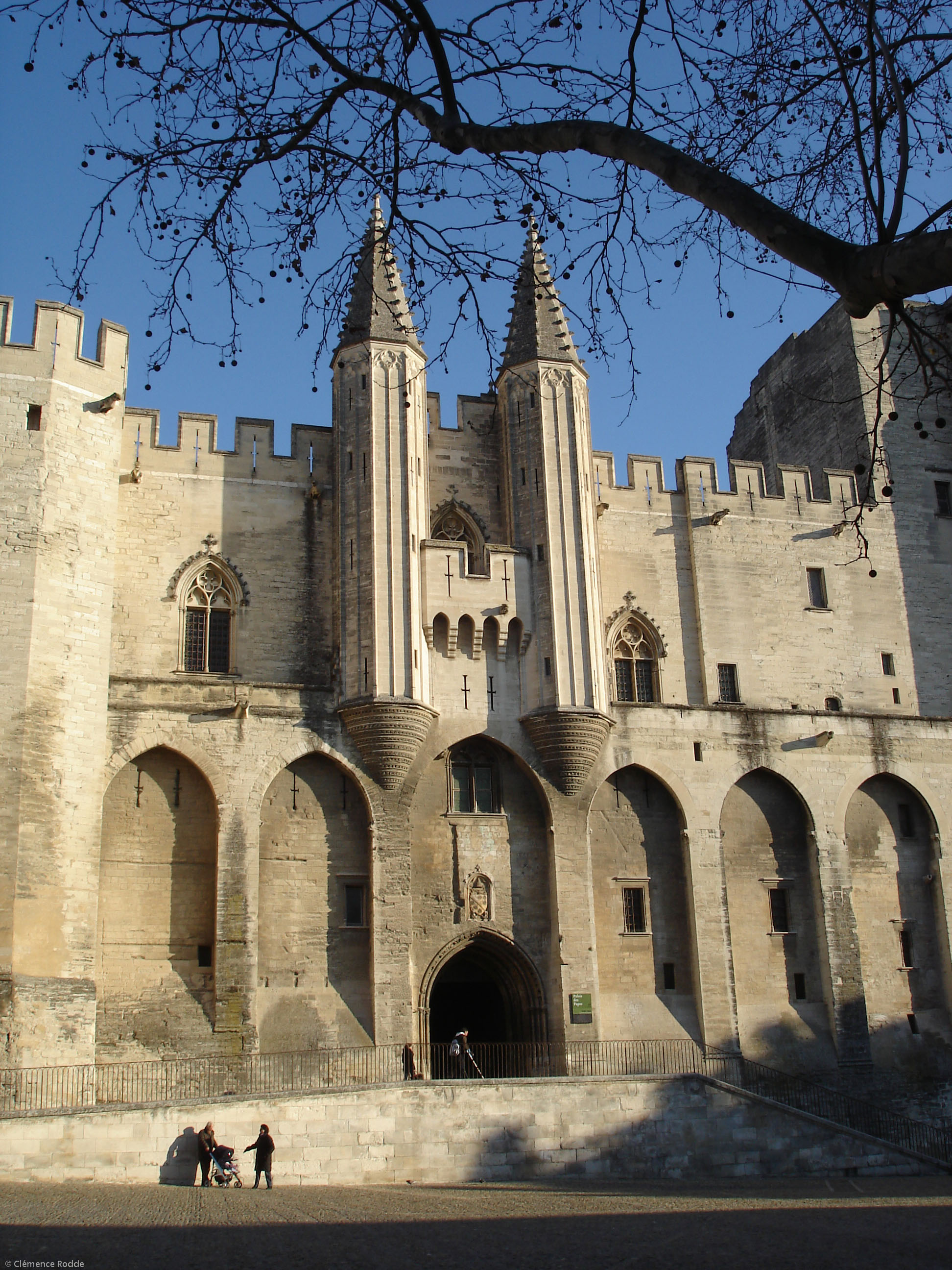 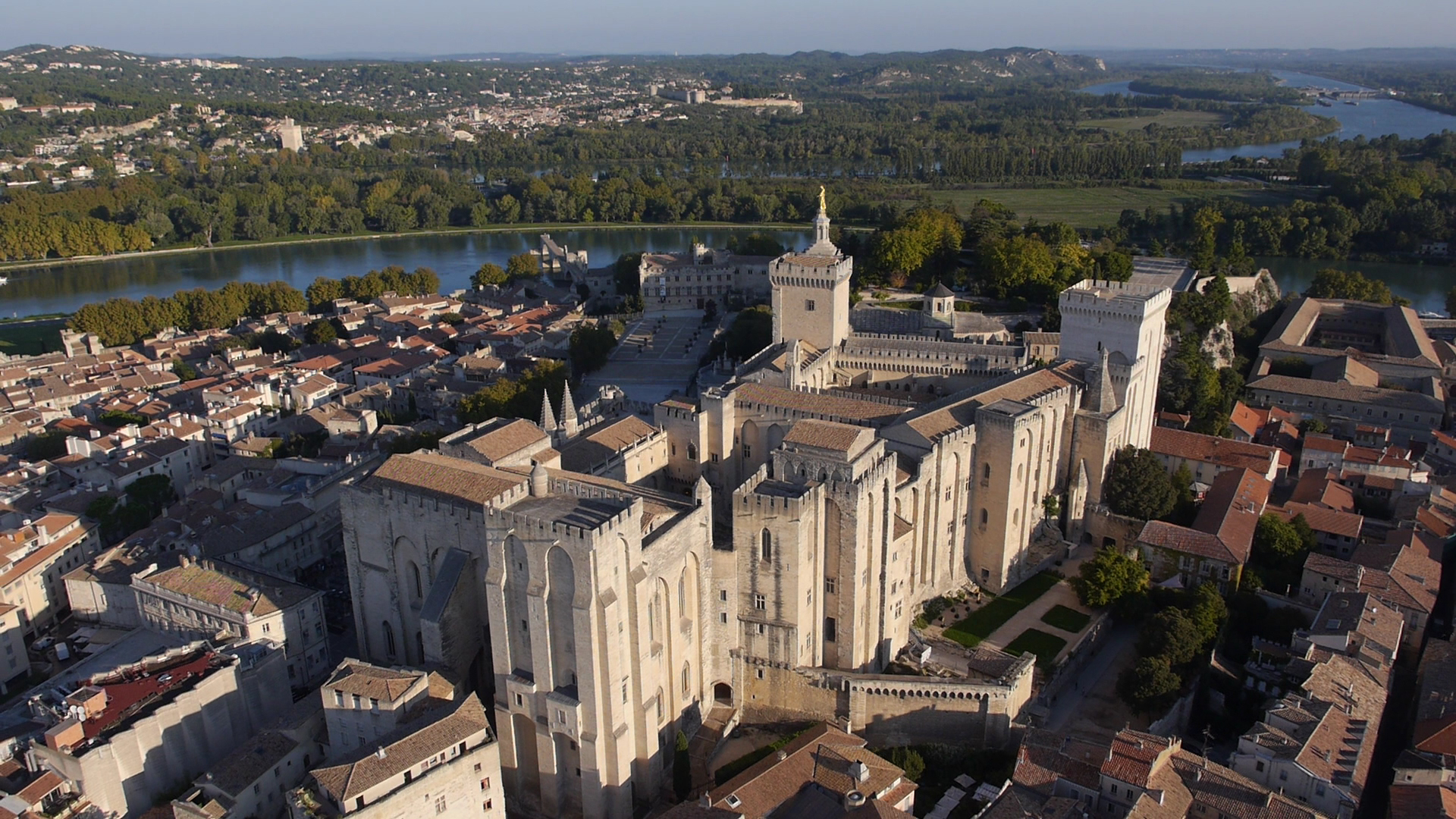 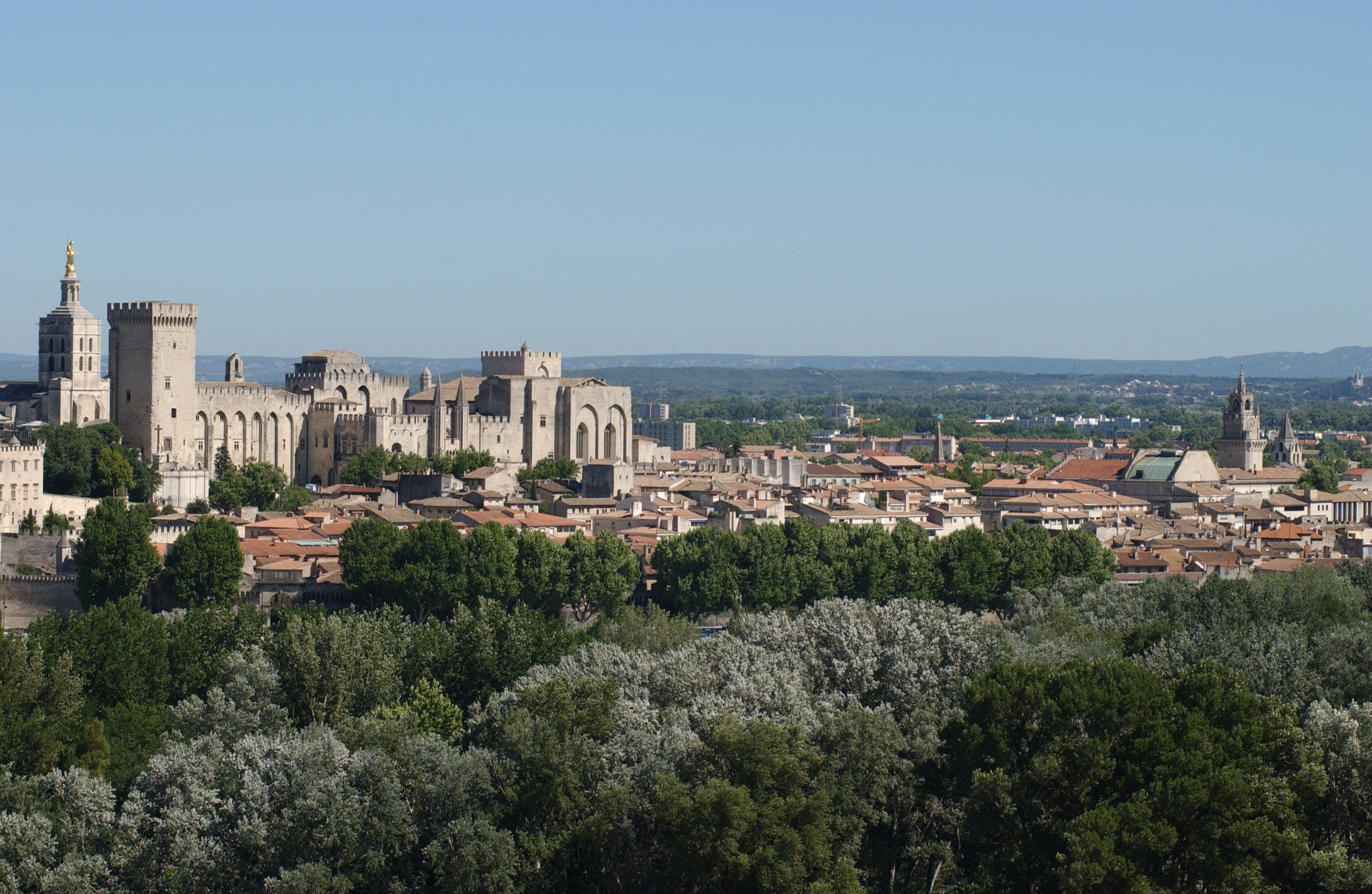 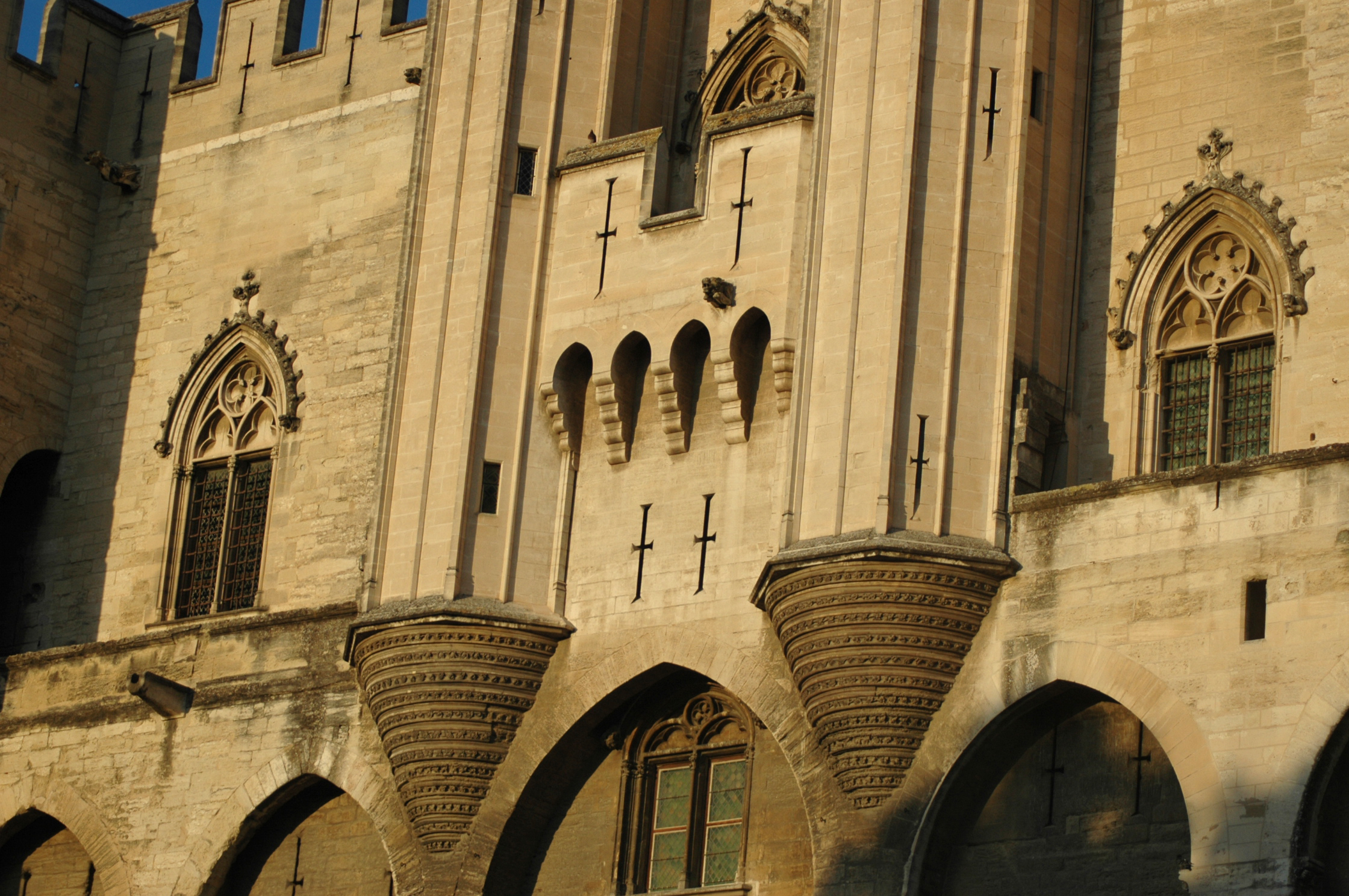 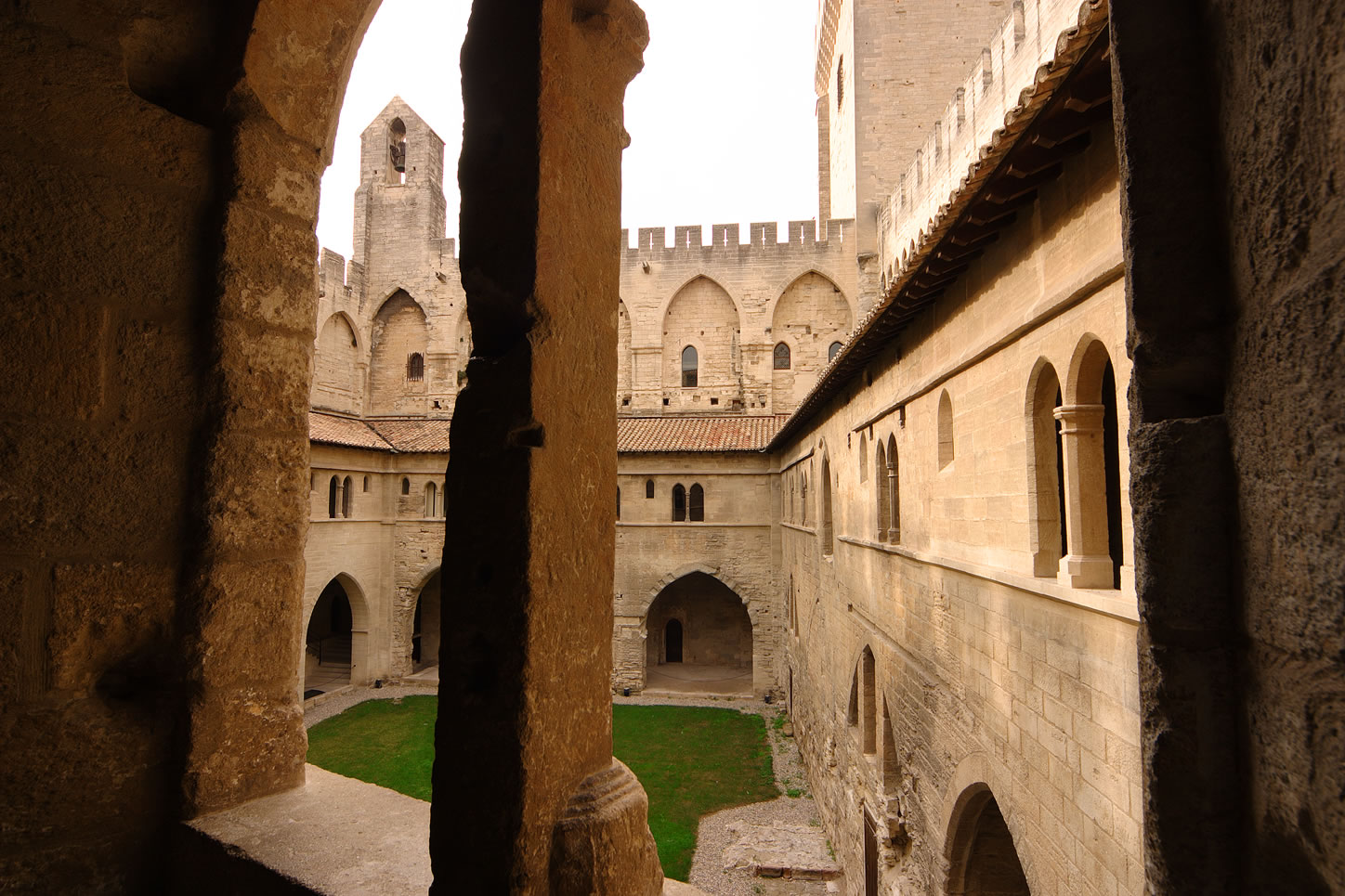 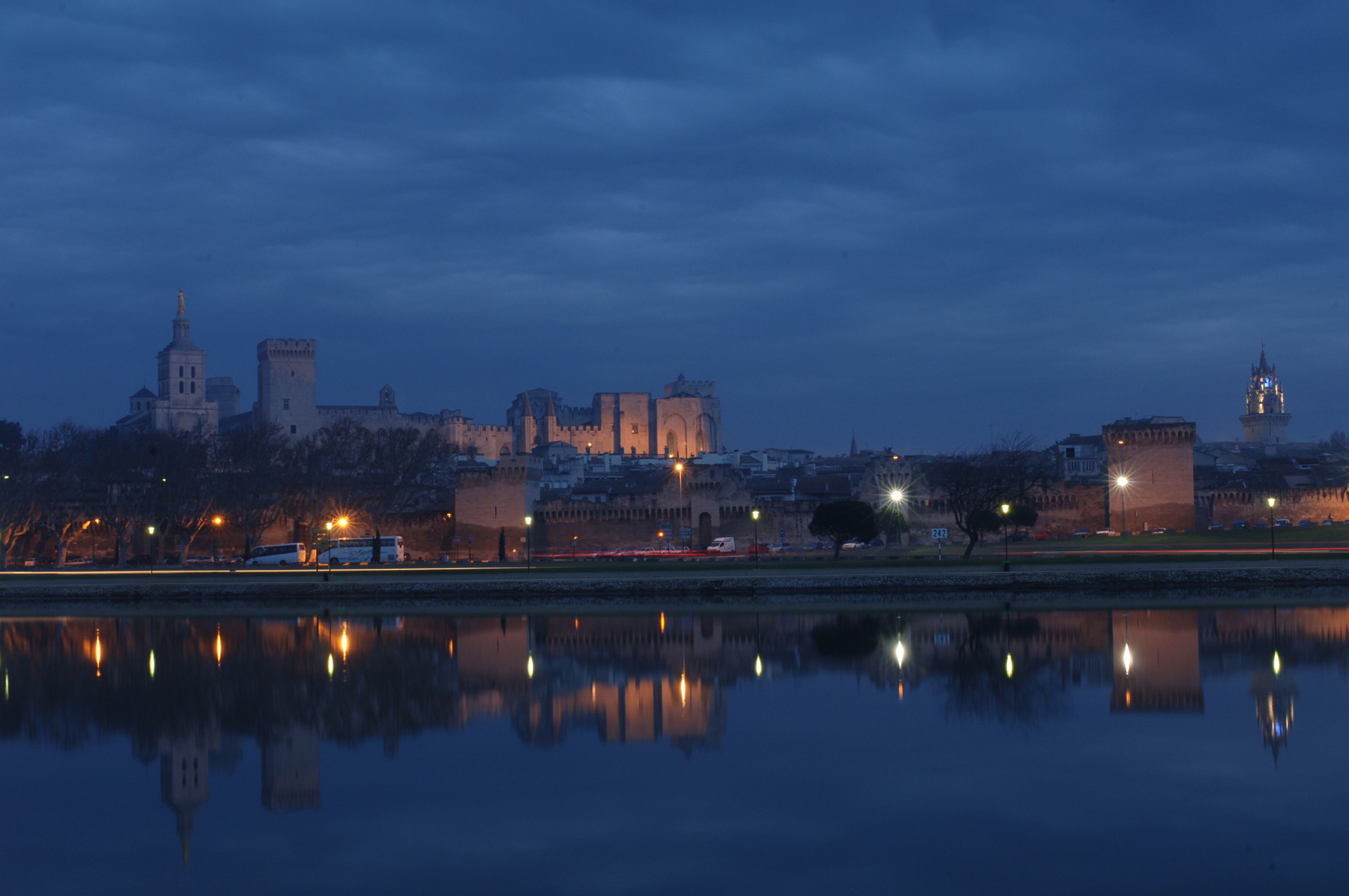 Avignon has a magnficent urban landscape. The Rocher des Doms overlooks the city and the Rhône. Here there is an exceptional architectural group which includes the Pont d'Avignon (also known as Pont Saint Bénezet, the Ramparts, the Petit Palais, the Doms Cathedral and the massive walls of the Palace of the Popes, with four impressive towers in each corner. This unique architectural ensemble has been ranked as a UNESCO World Heritage site. The biggest Gothic palace in the world: tour 24 rooms! Museum space, priceless frescoes. Audioguide in 11 languages. See all the hours and prices on our website: >>> www.palais-des-papes.com
The Palace of the Popes is the biggest Gothic palace in the world. There are 15,000 square meters of living space, which is the equivalent of 4 Gothic cathedrals. The visitor can see more than 20 rooms in the palace, including the Papal apartments with their pricess frescoes painted by the Italian artist Matteo Giovannetti. The Palace of the Popes, part of UNESCO World Heritage, stands as the symbol of the church's way over the western Christian world in the 14th century.

There are cultural events all year long at the Palace, with art exhibitions, educational opportunities, theme visits, concerts and other. During the month of July, there are theatre performances as part of the Festival d’Avignon, founded by Jean Vilar in 1947, which take place in the Honour Courtyard at the Palace.

Each year, the Palace of the Popes welcomes over 560,000 visitors. It is among the 10 most-visited monuments in France.


The HISTOPAD AT THE PALACE OF THE POPES: an immersive digital visit of the Palace of the Popes, to go back in time and see the invisible!
A trip back in time and visualization of what is no longer there … that is indeed the experience Avignon Tourisme invites visitors to enjoy, in the heart of the biggest Gothic palace in Europe. Since October 21, 2017, one thousand Histopad tablets, included in the entrance ticket price, are available to visitors to the palace. Visitors become an active part of their own discoveries thanks to the interactive Histopad tablet in their own hands. Using 3-D technologies, augmented reality, and a powerful system of geolocalisation, visitors can have a 360° vision of what the Palace of the Popes looked like 800 years ago and how it has evolved. The Histopad displays spectacular historical reconstitutions that have been entirely developed by a scientific commission.
In proposing the Histopad to every visitor to the Palace – and it comes in 7 languages (French, GB, D JP, SP, NL, CH, IT) with special features for children and handicapped visitors – the very best in modern museography is made available to the public. A veritable revolution which decisively changes the way we explore our heritage. The Histopad was developed by Histovery, a start-up firm that is a member of the French Tech Culture association based in Avignon. This digital innovation brought together regional digital specialists for a solution 100% made in France.

POPES’ PALACE GARDENS
A new attraction for visitors, a whole new space for relaxing and better understanding of the Palace of the Popes, outstanding Historical Monument that is part of UNESCO World Heritage.
The Papal Garden and the Palace Garden now join the to complete the tryptic of the Gardens at the Palace of the Popes. Urban V Orchard was inaugurated on 14 September 2018 and is accessible outside of the visit to the Palace.
However, the new pontifical gardens are part of the visit to the Palace. They have been reconfigured in two areas: the Palace Garden (also known as Benedict XII Garden) which is 1250 m² and the Papal Garden (662 m²).
The hydraulic system in place in the 14th century was the starting point for designing the Palace Garden, creating two large rectangles planted with Mediterranean plants that records show were in these pontifical gardens at the time of the popes.
The Papal Garden is a private garden which had direct access to the Papal apartments. The retrofit endows the space with the same precious character and recreates the Griffon fountain and the flowering meadow that surrounded the garden.
In Papal times, the impressive Roma building stood here. Today there is solely a trace of that famous building which has been recreated in the form of a monumental pergola that will gradually be covered with plants.
This restoration project was undertaken by the City of Avignon and Avignon Tourisme with support from the national government, the DRAC, the Region sud, Crédit Agricole foundation and the L’Occitane foundation.
The gardens close 1 hour before the monument closes.

Because of a large number of steps, the visit of the monument is not accessible to the people with reduced mobility. Museography adapted to deaf people.

Different guided tours are offered for individual visitors - Palace alone, or included with other sites. Please check with us.